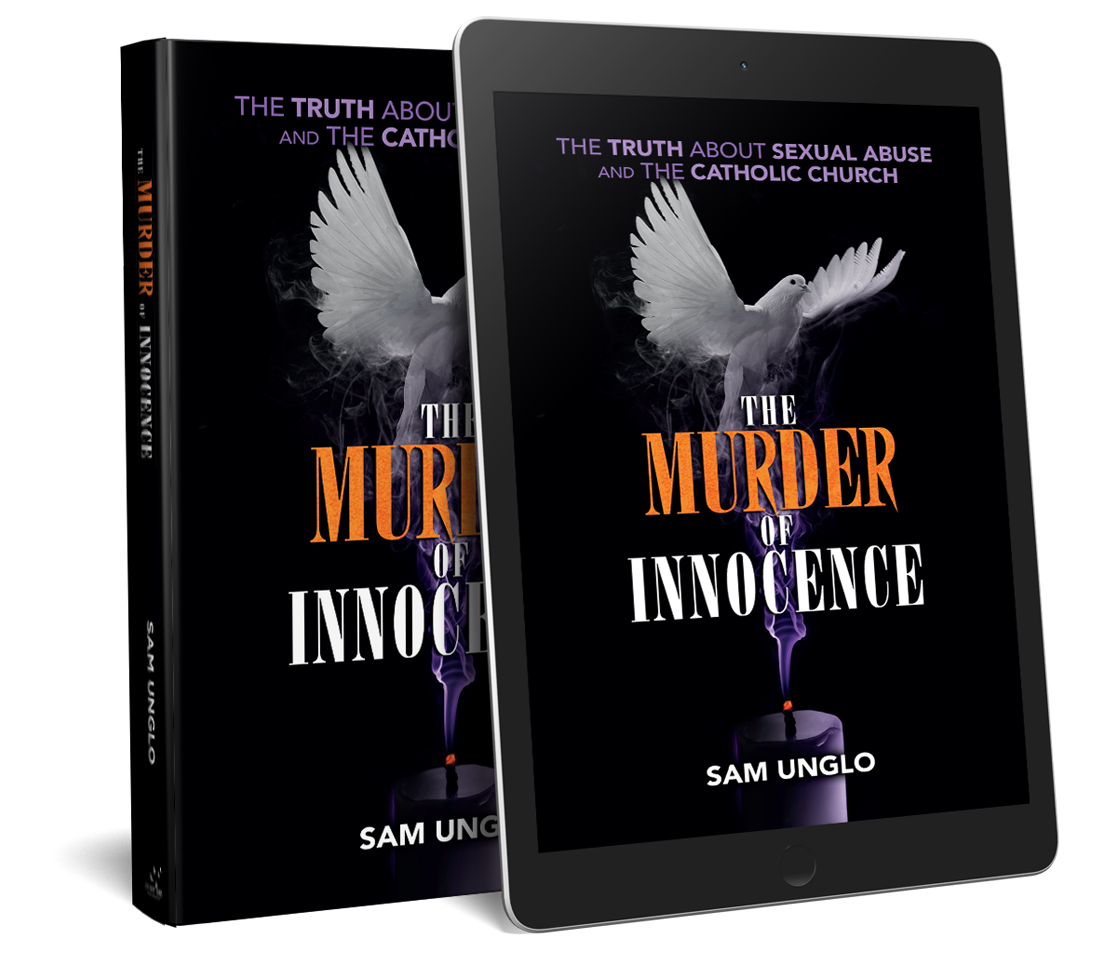 You have Successfully Subscribed!

A necessary read to understand the complexity of abuse
in the Catholic Church.

"The Murder of Innocence by Sam Unglo is an incredible, raw, heart-wrenching book. Within it, there are moments of great joy, however, where the author, with great timing, adds poems, meaningful quotes or a picture of Michael. I read it in one tear-filled day. This book was incredibly difficult to read, as Michael was my classmate at All Saints Catholic School. Michael and I went to school picnics together, played basketball, ran around the neighborhood, and was the first boy I ever kissed under a bridge near Pine Creek. I can still see him coming over the hill down to my house, eating a sandwich and yelling something back to his mom. I can see Michael beside me, holding my hand in 8th grade, in line at Kennywood Park. We are waiting to ride the Bayern Curve. Michael is dancing to “All Night Long” by Lionel Richie. It had to be 1983/84. Still, when I hear a Lionel Richie song, I think of Michael. When we played basketball with the neighborhood kids, even if he was on the opposing team, he would guard his own players to let me go in for the hoop. The kids would say, “C’mon Mike!” He would laugh and smile. I will never forget when he was on break from college and came to my front porch, hair disheveled with that beautiful, unforgettable grin. I never knew of Michael’s abuse during those years. Through his smile, he silently suffered, and that is what hurts my heart the most. The depth of Michael’s death has impacted all of his classmates deeply. It also has impacted the faith of many. I, too, have stepped away from the Catholic Church, as Sam Unglo has, directly because of the crimes committed against Michael, as well as the organized cover-ups by the church.

This book offers an in-depth look at the systematic crimes committed by the Roman Catholic Church. To say it is eye-opening is an understatement. It is a transparent story written by a grieving brother, a pain I sadly know also. It made me look back at our childhood in a way that surprised me deeply. Many prayers offered up to Michael’s family and to those who are hidden from our sight, silently traumatized. While this book is an incredibly sad account of Michael’s life, it is most importantly a book of advocacy. The author’s bravery to write this book can never be measured. Despite his own grief, he pushes through, unraveling an incredibly complex account of what was hidden behind closed church doors. May God have mercy on the administrators of the Pittsburgh Diocese for the role they played in Michael’s loss of life. Everything we do in life has an impact on others. Be kind. You never know who silently suffers. It is also vital for readers to know that Richard Dorsch did not only commit crimes against Michael, as the book explains. There were several boys who were raped and sexually assaulted from All Saints Catholic School at the hands of Dorsch. It is sad to drive past the church, All Saints. Once every year or so, I do. And I say out loud, “House of horrors.” What an oxymoron, no? A horrible name to call a church building, where love is supposed to live. And for that I apologize. However, it was the reality for Michael, and other classmates.

To Michael’s Family: Many nights I have prayed for you through the years. I am so sorry. To Sam: God smiles on you. Never forget, He is near to the broken-hearted. The strength it took to write this book inspires many. To Michael: Fly high; may freedom carry you to new heights each and every day. —Xo.

Let's get started. Fill out the form below.

Get your FREE chapter!

Let's get started. Add your email in the field below:

You have Successfully Subscribed!